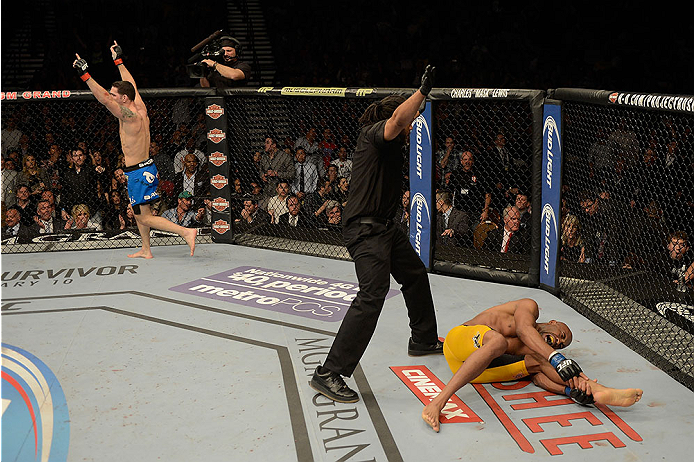 The information presented on this site is not intended for diagnostic or treatment purposes. Please consult your own physician for medical advice or services. The information provided on this website is intended for informational purposes only, and should not be considered a replacement for the expert advice of a qualified health practitioner. www.austinbjj.com and www.williamvandry.com makes no representations as to accuracy, completeness, current ness, suitability, or validity of any information on this site and will not be liable for any errors, omissions, or delays in this information or any losses, injuries, or damages arising from its display or use. All information is provided on an as-is basis

January 2014 – Happy New Year!  Many MMA fans watched the UFC December 28.  The preliminary fights passed, the Rousey vs. Tate fight ended.  Fans were ready for an anticipated rematch.  After not taking his opponent serious in their first fight, Anderson Silva suffered a surprise TKO by Chris Weidman.  Their anticipated rematch had many feeling Silva would up his intensity and be more serious.  As predicted, Weidman took Anderson down and began to apply ground and pound tactics.  Anderson has fought many fights similar to his first round.  He seems to warm up more in the second round, and later rounds.  I thought the strategy to expend Weidman’s energy and step it up was how the fight would go.  Anderson began to box well, and apply Thai leg shots.  Then the unexpected happened.  Anderson throws a jabbing inside leg kick.  His shin/ankle area snaps.  He writhes in agony, and the match is over.  Many fans no doubt wondered what would have happened if his leg didn’t break?  What happened here?  Speculation how Anderson is 38 and falling apart is a typical critic knee jerk reaction.  His body is in great shape.  When an athlete trains, he sweats.  When he sweats, he or she sweats out minerals.  When these minerals are not replaced, you begin to develop a degenerative conditions such as Arthritis or Osteoporosis.   (See May 2012 article for more on degenerative joints and ligaments) 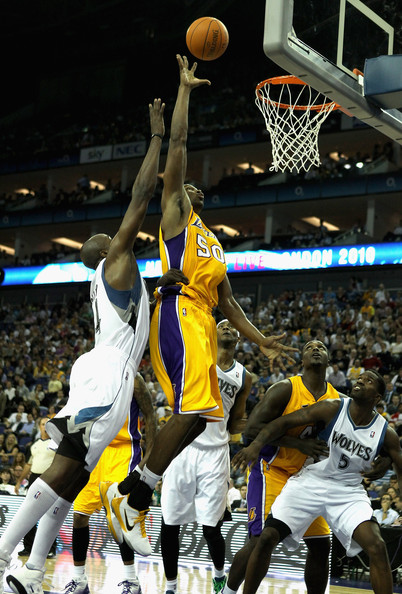 In addition to core strengthening, Ratliff attributes his recent stretch of perfect attendance to the attention he now pays to vitamins and minerals. He believes his previous vulnerability to injury was due in part to a deficiency in certain minerals that are key to the body’s proper functioning, including calcium and magnesium. After Ratliff was traded to the Hawks, Atlanta commentator Mike Glenn put him in touch with Dr. Joe Wallach, who runs a company called American Longevity:

“They gave me these forms telling me about how osteoporosis can cause a hundred different diseases in your body because of calcium deficiency … Why do older people start to get knee replacements and hip replacements as they get older? It’s because they have a deficiency in calcium. They are not putting calcium back in their bodies. Therefore their bones can’t stay strong. They become brittle, and you get the arthritis, and you get the broken hips and things.”

Ratliff relies on daily vitamins and minerals to replenish what he sweats out during the grueling NBA season.   (Source: Howstuffworks.com)

I read a Canadian study on 10,000 participants from nine centers.  The study showed that men are equally susceptible to hip fractures, compression fractures, osteoporosis, osteoarthritis.  (Pg. 78 God bless America by Dr. Joel Wallach)  Dr. Wallach, who is a pioneer of mineral research in our nutrition, and he himself in his 70’s has tested bone density to find his bone density is similar to a teenager.  Back to how bones deteriorate, when bones lose minerals and blood levels of calcium drop, they respond to increased blood levels of parathyroid gland hormone, parathormone, which causes an increased rate of connective tissue or bone matrix production.  Extremes of this result in osteoporosis, osteoarthritis, degenerative arthritis, ankylosing spondylitis of the vertebrae, peripheral neuropathies, periodontal disease, bone spurs, heel spurs, calcium deposits, Osgood, kidney stones, compression fractures, etc.. (Pg. 80 God bless America by Dr. Joel Wallach)  So what else?  We can degenerate due to incorrect calcium absorption.  I always thought a person’s teeth are a good indication of bone density.

Because the low bone density associated with osteoporosis can affect the bones of the jaw, as well, your teeth and gums often can serve as an ‘early warning system’ for the condition.

“Osteoporosis is a bone condition characterized by decreased bone mass and the subsequent deterioration of bone tissue, and is typically the result of the normal aging process. Also called “the silent disease”, the condition progressively causes bones to become more porous, thin and brittle, thus more susceptible to fracture.

Although osteoporosis typically is most apparent in the bones of the hip, spine and wrist, it also may affect other parts of the body, including the jaw. Declining bone density in the jaw can lead to tooth loss as well as other dental problems. According to the National Institutes of Health (NIH) Osteoporosis and Related Bone Diseases National Resource Center, 10 million Americans have osteoporosis, and tooth loss affects approximately one-third of adults age 65 or older.”

These two important pieces of our diet have been shown by NCBI to reduce osteoporosis.  However, more studies should be published showing Calcium does not work well without magnesium, and other minerals.  However positive journals from NCBI show:

“This paper reviews the cornerstone of bone health; calcium and vitamin D. Although dietary sources of both nutrients are available, most people do not receive adequate amounts for proper bone health”

Manganese is a trace mineral that is present in tiny amounts in the body. It is found mostly in bones, the liver, kidneys, and pancreas. Manganese helps the body form connective tissue, bones, blood clotting factors, and sex hormones. It also plays a role in fat and carbohydrate metabolism, calcium absorption, and blood sugar regulation. Manganese is also necessary for normal brain and nerve function.

Origin of osteoporosis could be directly linked to manganese depletion

The loss of manganese could mean that calcium does not stick to bones and could cause osteoporosis. This is the new theory put forward by researchers at the University of Castilla-La Mancha (UCLM) in Spain after studying deer antlers. The hypothesis published this month in the ‘Frontiers of Bioscience’ journal still needs to be confirmed by the scientific community.

Through the study of deer antlers, researchers of the Research Institute of Hunting Resources (IREC, joint centre UCLM-CSIC-JCCM) suggest that the origin of osteoporosis could not be directly linked to the lack of calcium but rather to the lack of a mineral essential to calcium absorption. In particular they believe that this could be manganese, according to a new theory published in the latest issue of the ‘Frontiers of Bioscience’ journal.

According to Tomás Landete, sub-director of the IREC and one of team’s researchers, “previous antler studies show that manganese is necessary for calcium absorption. Our hypothesis is that when the human body absorbs less manganese or when it is sent from the skeleton to other organs that require it, such as the brain, the calcium that is extracted at the same time is then not properly absorbed and is excreted in the urine. It is in this way that osteoporosis can slowly strike.”

Deficiency of Manganese has been linked to:

Research indicates that Manganese may also be useful in the treatment of:

Hopefully Anderson Silva recovers from his broken leg, and as an athlete, I have no doubt he desires to fight again, and he may very well do that.  We all sweat,

And good luck to you Anderson, I wish you well and hope for a speedy recovery.