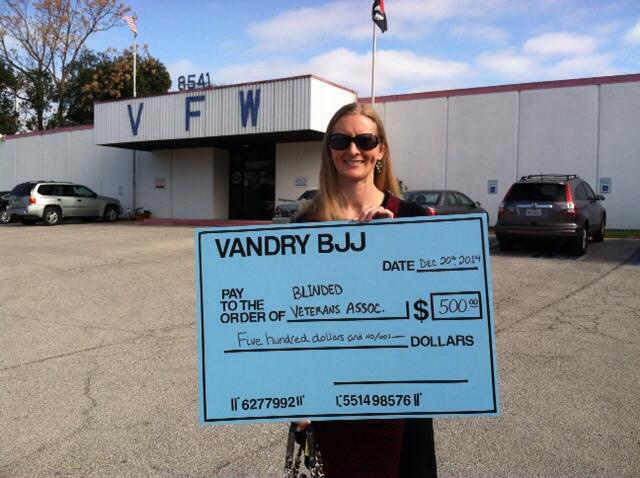 My wife and I were invited to speak at the December 20 Blinded Veterans Association South Texas regional group in San Antonio at the DFW.  The President of the  BAV STRG Walley Guerra and I spoke previously about blind diseases.  The veterans in this Association are all legally blind, and have other health issues.  I speak and teach Jiu-jitsu at the Texas School of the Blind each year.  I have sponsored many blind students from Criss Cole Vocation school for the blind students since 1999.  I learned so much more regarding veterans, their personal challenges and different forms of blindness and how it has affected them. 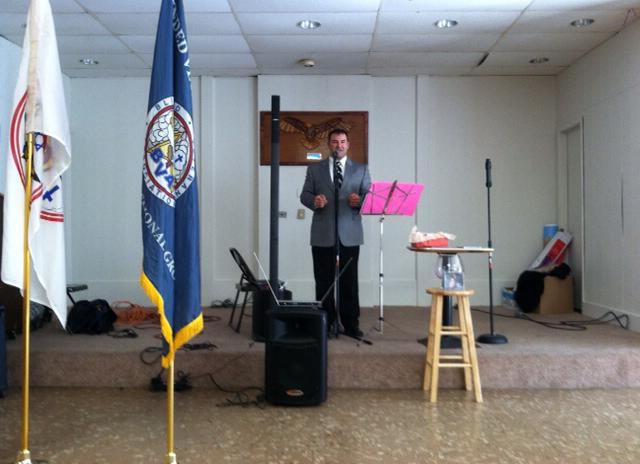 Wally Guerra asked us to address Military Veterans with different conditions of legal blindness, and  research on nutrition.

I did research on different forms of blindness.  I started with RP.

I found a Study from Harvard that shows Vitamin A Slows Retinitis Pigmentosa1.  The issue has been many of the cheap, synthetic Vitamin A supplements.   Beta-carotene is considered an antioxidant and is also a precursor to vitamin A. This compound helps maintain healthy skin and also plays a vital role in eye health according to the World Health Organization.  Indicators include night blindness, hair loss, skin irritation and dry or inflamed eyes.  Vitamin A actually is best derived from animal sources.  Those are better digested.  Cod liver oil is the best source for Vitamin A, not a synthetic.

In my research, I found in the NCBI under the Journal of Opthalmology how Cod liver oil protects against Glaucoma:

“…One nutritional supplement with potential therapeutic value is cod liver oil, a dietary supplement that contains Vitamin A and omega-3 polyunsaturated fatty acids (PUFAs).  Vitamin A is important for preserving normal vision and it is a well-known antioxidant that prevents the oxidative damage that contributes to the etiology and progression of glaucoma.  Vitamin A is also a crucial factor for maintaining the integrity of conjunctival and corneal ocular surfaces, and preventing the impairment of ocular epithelium caused by topical antiglaucomatous drugs. Omega-3 fatty acids are beneficial for glaucoma patients as they decrease IOP, increase ocular blood flow, and improve optic neuroprotective function. In this article, we propose that Cod liver oil as a combination of Vitamin A and omega-3 fatty acids, should be beneficial for the treatment of glaucoma. However, further studies are needed to explore the relationship between cod liver oil and glaucoma…”

Beta-carotene is a carotenoid, one of a group of plant pigments known to have antioxidant and other effects. This is a substance in plants that’s quickly converted into vitamin A inside the body. Beta-carotene is often thought of as a form of vitamin A itself. Having normal levels of vitamin A is key for good vision, strong immunity, and general health.

Retinitis Pigmentosa Study with low current stimulation and nutrition.  I referenced Retinal Research studies that may be promising for RP.  A study regarding weak electrical currents applied to the eyes along with nutrition had shown visual and psychological improvements to RP Patients.

5. Kurtz JL: The principles and practice of ocular physical therapy for optometrists, Am J Optom Publ. 1930.

I found an interesting story about Opthalmologist Dr. Ronald Pugh discussing Macular degeneration and how 27 of his patients were reversed with supplements and minerals.  Pugh originally argued with Dr. Joel Wallach, known as the lead expert on minerals.  Dr. Pugh later apologized for refuting nutrition and Macular Degeneration.  His formal apology and endorsement for nutrition and eye disease is called ‘Seeing is believing’ by CD.  A clip can be found on youtube

I discussed research on Dr. Grisanti’s theories on Carnosine and cataracts.

3. Babizhayev MA, Biomarkers and special features of oxidative stress in the anterior segment of the eye linked to lens cataract and the trabecular meshwork injury in primary open-angle glaucoma

A promising therapy is offering hope to patients who have been left partially blind by a stroke. (From the 2005 The Wall Street Journal)

The vision therapy is one of the first to exploit the brain’s rewiring capabilities, known as neuroplasticity, though the notion holds promise for treating a number of conditions such as stroke-induced paralysis or obsessive-compulsive disorder. For decades scientists had thought that the brain undergoes very little change after childhood. They knew the adult brain could form the new connections that underlie learning and memory, but believed that its basic structure was immutable and fixed, or “hard wired.”

VRT at the International Stroke Conference in New Orleans, researchers at the University of Magdeburg, Germany, say that in a small study, one-third of VRT patients had modest but noticeable improvement, and one-third had strong improvement. In a few cases, the entire blind spot disappeared. One-third of the patients in the study had no improvement in their vision. Participants were followed for three years after treatment and the results were found to be lasting, according to lead researcher, Bernhard Sabel.

Dr. Sabel helped form a closely held company, NovaVision, headquartered in Boca Raton, Fla., to offer the therapy, which received approval from the U.S. Food and Drug Administration in 2003. Clinics began offering it commercially last year. Today, seven clinics, including the Neurological Institute of New York at ColumbiaUniversityMedicalCenter and EmoryEyeCenter in Atlanta, Ga., offer it. The six-month regimen averages around $6,000 and isn’t currently covered by insurance

The U.S. Department of Veterans Affairs estimates that PTSD afflicts:

• As many as 10 percent of Gulf War (Desert Storm) veterans

• 11 percent of veterans of the war in Afghanistan

PTSD is not simply a ‘military’ or ‘war’ syndrome.  It is a condition with multiple symptoms from different sources.  A type of trauma, whether shock, injury, mental pain, can cause different reactions.  Those with PTSD are not insane people, or someone that just has a problem in their mind.  It is a condition that both civilian and military people can have.  Nutrition for the Brain I discussed from:

…regarding Neurotransmitters, the biochemical messengers of the brain and natural supplements such as GABA and amino acids Taurine, Theanine, Glycine, Glutamine, and 5-hydroxy Tryptophan; and vitamin B6 (pyridoxine), which is essential for neurotransmitter metabolism.  In addition, the Omega-3 fatty acids, most readily obtained from a high-quality marine oil supplement, nourish brain cells and reduce inflammation that amplifies stress hormone levels, and are fundamental to any nutritional support program for PTSD….

Discussing more research on adrenals, sleep, proper hormone balance are definitely so needed in research and funding for PTSD.  I always bring a bottle of my St. Jude’s Miracle oilTM everywhere Chandra and I go.  We were supposed to speak for about 15 minutes.  We went a bit over, as many veterans began asking questions on research.  I thought it was great.  They are people who want to live healthier lives and we need to provide more research for those solutions.  Our oil was very positive when we sampled it to members.  Many have arthritis, and other conditions.

Chandra and I were very fortunate to serve our community and we presented a check for $500 to the Blinded Veterans Association.  They need public support, and we hope to work with them more in the future.  I sent a bottle of the oil to VP Jose Cottos.  He discussed his arthritis in his joints and inability to do many activities.  On Christmas day, I received an email from Jose:

“Merry X-mas to you ,Chandra and your loved ones.  I’m glad to report that for the first time in a long time I was able to walk one mile ,only stopping  once to rest for one minute.

That made my Christmas day even better.  Don’t forget our Veterans, and don’t wait for Veterans day to post on facebook. There are 364 other days in the year.