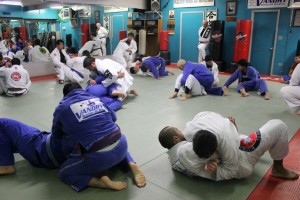 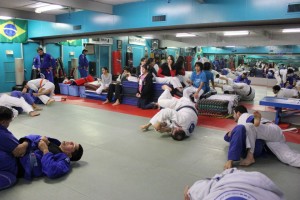 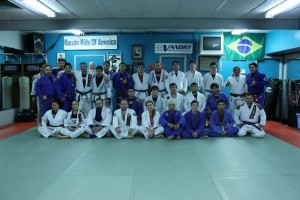 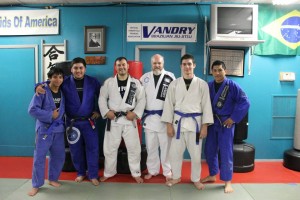 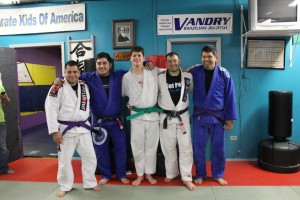 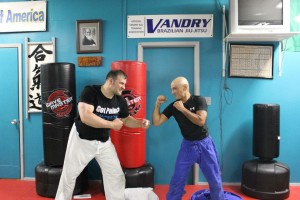 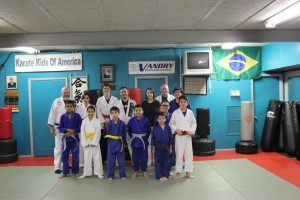 In the Valley, VBJJA representatives were in attendance at Bob Davis’ Karate academy for the Brazilian Jiu-jitsu seminar taught by fourth Degree Black belt William Vandry.

The first session was a clinic for striking stylists such as Tae Kwon Do practitioners. The clinic was designed to close the communications gap between strikers and grapplers. Vandry stated:

“Many times strikers are a bit leery on training ground. One, they go to a club that has classes and gets neck cranked or injured. Jiu-jitsu needs to work on diplomacy and passing out the message that you can be a good martial artist, but you need a comfortable atmosphere. I love it when kids get into this. It has helped so many students of mine in the past to confront bullies, and to develop more confidence as a martial artist.”

In the BJJ session, Vandry asked every attendee what was the weakest part of his or her game. Many asked about back mount.

Vandry developed a back mount to variations of chokes, constant control of the back even when the opponents were escaping.

Vandry was interviewed by the Monitor, a local newspaper on BJJ and its history:

“Carlos Gracie developed BJJ. He was my instructor’s Uncle, and his wife is their Aunt Lair. Carlos Gracie gave the opening for all of us in BJJ, and we will always be in debt to him.”

The seminar was hosted at the Bob Davis Karate academy in McAllen, Texas. For more information, contact Bob Davis at: