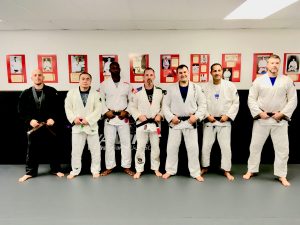 I just finished a very busy six months. We had a fire in the commercial building where my academy resides in March. I have upgraded and had all smoke damage removed, new mats, new walls, new energy!

I was very proud of my students from all over Texas, including my locals for their progress, advancement, and development of leadership as Martial artists, a very important point we have less of in BJJ.

What happened to this art? The magnificent Gracie family from Brazil introduced us into Jiujitsu, and now every major MMA fighter does it, and of course we have all the watered down versions on every other block. Schools are growing more as clubs, or places to ‘roll’. Now you see some places where half students have a gi, other half have a rash guard, or tshirt and shorts. We are a Martial art, and should enforce a code of honor. Does that exist anymore? Yes and no.

Grandmaster Carlos Gracie and later Helio Gracie had a goal of overcoming in combat. They sought to prove the style of Jiujitsu. 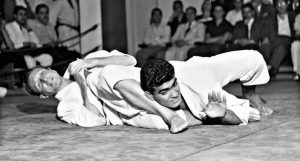 When the Machado brothers came to the USA, and Rigan was the first, he competed in the California state wrestling championship, Sambo, Judo and of course Jiu-jitsu tournaments.

Today, there are people who go through four or five schools until someone gives them a black belt. This is a shame and disgrace. Of course people move, or travel, or have an unethical instructor and those points exclude them from the original point. I used to travel three hours every Tuesday to train with my instructor, do a private lesson, and train a little of the 6pm night class before I had to drive three hours back to Killeen, Texas.

We take on challenges in the Martial arts, but our real challenges are overcoming ourselves. Challenges such as overcoming injuries, trauma, and others are part of being a Martial artist. I had my first challenge match in 1997 on Ft. Hood, texas. A Captain who was not participating in a seminar I was teaching (I was a young kid blue belt at that time) approached me and challenged me in front of everyone. I could tell he thought I was going to back down or reason with him. It’s a bully tactic. I told him: “Lets go.” I took him down and did a nasty crank/choke because at that time I felt a challenge was not just against me, but to put down the art Grandmaster Carlos Gracie and others had to defend before I was born. 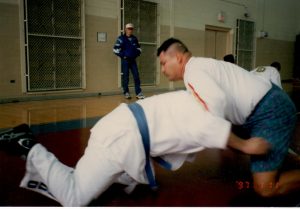 I stress to my students the essence of overcoming injuries, nutrition, health, spiritual strength, honor, and a sense of decency. I remember my path to black belt. I never thought I was smarter or some gifted guy. I took notes all the times in classes because I thought I would miss points.

I’ve trained with all major Gracies and all five Machado brothers along with other non Gracie black belts from Brazil.

1995 My first time training With Carlos and John Machado 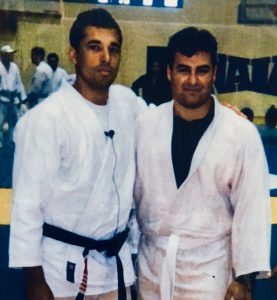 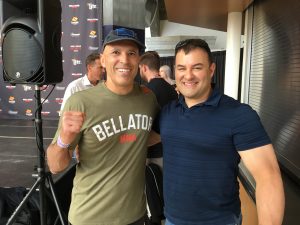 Photo 1: 1996 training at RCJ Dallas with Carlos and Rigan Machado 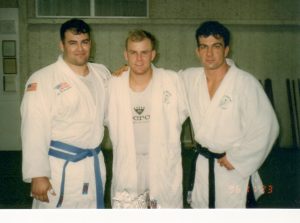 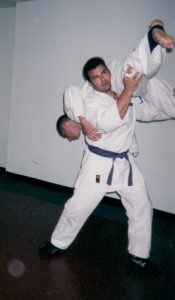 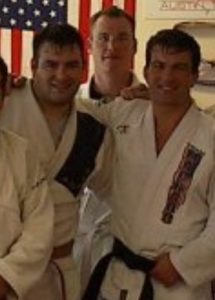 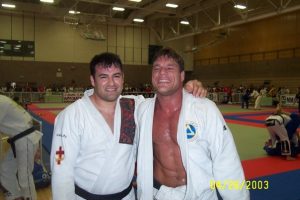 2003 Pan Am finals against the Great Jorge Pereira, now is a Brazilian Gracie jiu jitsu coral belt (7th degree) who earned his black belt training under Rickson Gracie (1986). Jorge was also a well known figure within the vale-tudo (no-holds-barred) circuit during the 1990’s. We ended in a stalemate 0-0 match, Judge’s gave him advantage. 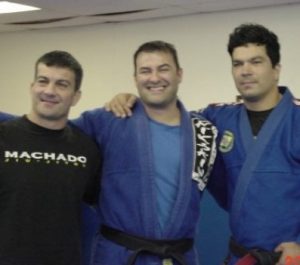 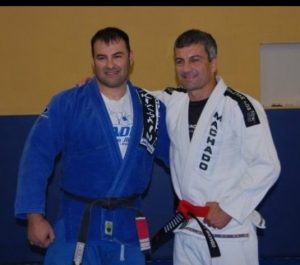 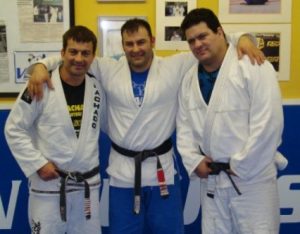 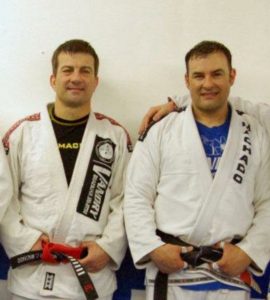 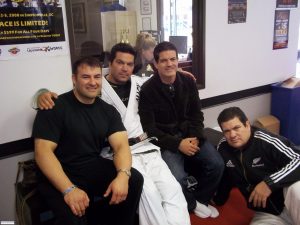 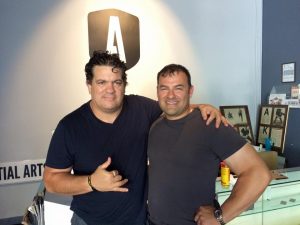 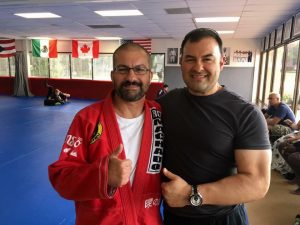 Wow! Where did time go? To be ethical, respect your community, new students, your instructor, your lineage, and each time how you appear publicly. I was happy to award these awards to my new belts. Congratulations to all and making another chapter in my history book! I remember the day I got mine: 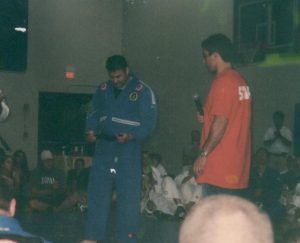 Cherish your community and instructor, and history. Here was my 2015 black belt awards: 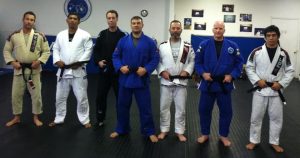 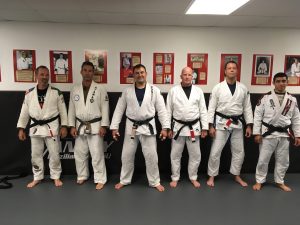 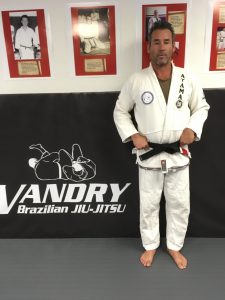 Ed Aiken (Not in picture) 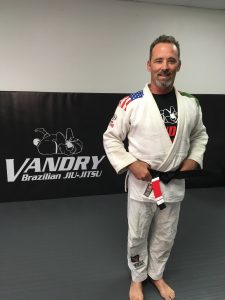 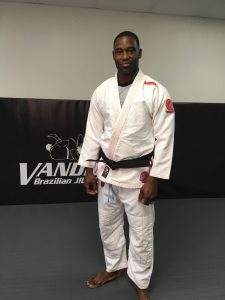 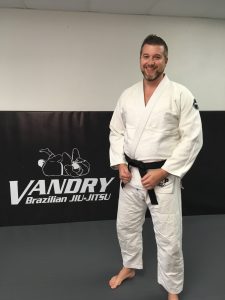 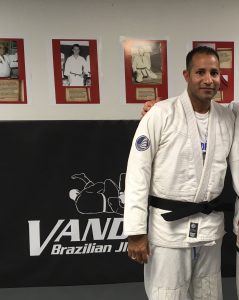 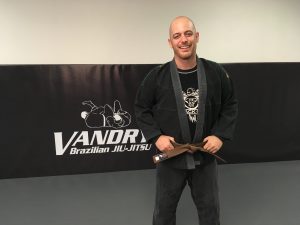 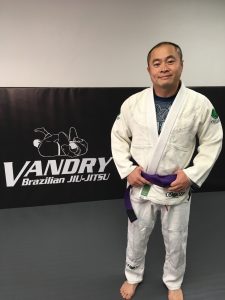 Congratulations again! These talented Martial artists I charge with leadership into the next generation, and to spread Jiujitsu!