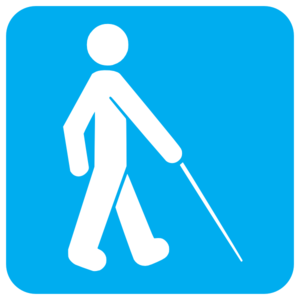 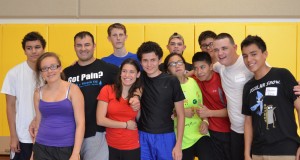 Photo: William Vandry with blind children from the Texas School of the Blind 2014

“I have taught many clinics with the blind, and at Criss Cole over the years, and if there is one goal I intend to accomplish with blind students, the message is to not allow you to be immersed in self-pity, or hopelessness. This type of motivation is not just for blind people. We have so many people in the USA that have ups and downs that need this lesson instilled as well. I think I succeeded when my wife and I along with my awesome students who volunteered to assist got to train with staffers and blind students. What is so awesome is that after the training, everyone forgot who was blind and who was not. We all have the same sight training Jiu-jitsu.”

October is White Cane Safety Awareness Month, to raise understanding and awareness of orientation and mobility tools for individuals who are blind and visually impaired. 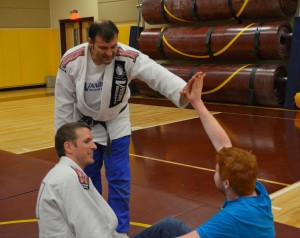 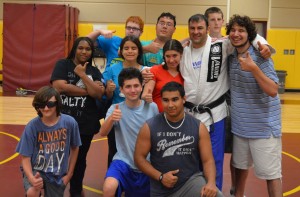 William and Chandra and Vandry Hope volunteers working with blind students on Jiujitsu lessons at Texas School of the Blind 2013. 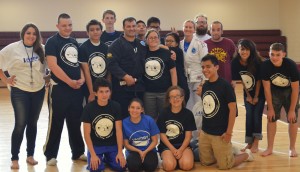 William and Chandra and Vandry Hope volunteers working with blind students on Jiujitsu lessons at Texas School of the Blind 2014.

The white cane allows a person who is blind to travel independently. In 1931, Lions Clubs began promoting the use of white canes for people who are blind as a national identification program. All states and many other countries have White Cane laws, which allow pedestrians who are legally blind the right of way at street crossings.

In recognition of International White Cane Day, here are a few guidelines regarding how to interact with someone who is blind or visually impaired:

White cane is a point for the blind. However, respecting the blind, and all forms of blindness are pivotal as well. I have worked with the legally blind since 1997. Visual impairment is a subject few in the martial arts discuss.  When people develop visual handicaps, it is truly a very challenging setback in life.  What many do not know is how people develop blindness. Let’s begin with a few statistics. 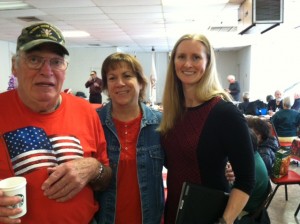 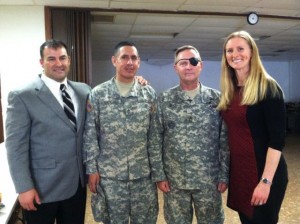 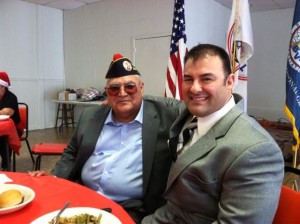 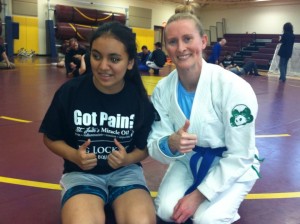 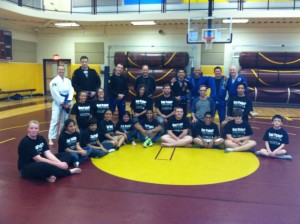 William and Chandra and Vandry Hope volunteers working with blind students on Jiujitsu lessons at Texas School of the Blind 2015. 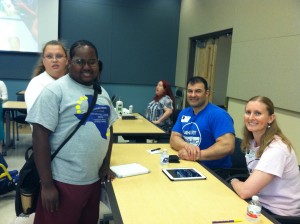 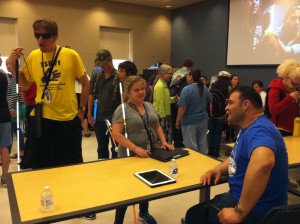 William and Chandra make appearance at Texas School of the Blind career Fair, and William was main speaker to blind students on career choices 2015. 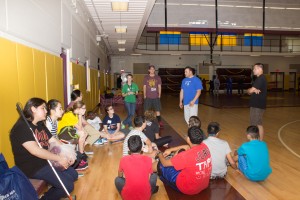 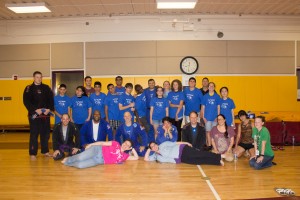 William and Chandra and Vandry Hope volunteers working with blind students on Jiujitsu lessons at Texas School of the Blind 2016.

This is a goal of mine of medical and nutritional information.  This tidbit I added to this article hoping maybe more people out there can find one piece of information in this article that may help them with their vision, or visual problems.

An article in Journal of the American Medical Association (JAMA) November 2, 1994, sings the praises of spinach. People who ate Popeye’s favorite daily suffered only one-tenth as much age-related macular degeneration (AMD) as those who seldom ate spinach. And for patients with the condition, eating spinach prevented worsening.1

2 Williams DG. Everyday habits to improve your life… and your life span. Alternatives for the Health Conscious Individual 1999;7;22:169-176.

Also, a published clinical test showed melatonin lowers eyeball pressure in glaucoma patients. The insomnia age group — for whom its use is safe and appropriate at 1 to 5 milligrams before bedtime — is the same as the glaucoma age group.8

Those who eat more sensibly and supplement antioxidants such as vitamins C and E develop cataracts much more slowly, if at all, even from lengthy sun exposure. In the Nurses’ Health Study, women who supplemented vitamin C for 10 years or longer had 77% lower prevalence of early opacities and 83% lower prevalence of moderate opacities, compared with those who consumed little of the vitamin.9

4. Dr. Jonathan V. Wright’s treatment. Dr. Wright said to take selenium, taurine, vitamin E and zinc. And put DMSO (dimethyl sulfoxide, a solvent obtainable at health food stores and paint stores) on any part of the skin. The DMSO, which itself offers powerful healing features,69 is a necessary part of the procedure: it strongly increases absorption of these nutrients.14-16

Some patients of his recovered from macular degeneration using this therapy and have stayed clear of it for as long as four years. The method works better in some cases than others.

Arthur A. Knapp, MD, used 50,000 units of vitamin D and one gram of calcium on intermittent days. These helped against eye conditions including myopia, keratoconus, cataract, optic nerve atrophy and retinitis pigmentosa.

Inhaled steroids, intended to block or reduce inflammation, were long claimed not to circulate throughout the body. Yet for many older patients they promote glaucoma, the leading cause of blindness in the population. The risk appeared to be elevated by 44 percent compared to matched patients not using inhaled steroids. Lea Davies of Georgetown University Medical Center in Washington, DC, adds that inhaled steroids may cause about one-third of the 3,000 glaucoma cases developing each year among Americans over 65.17