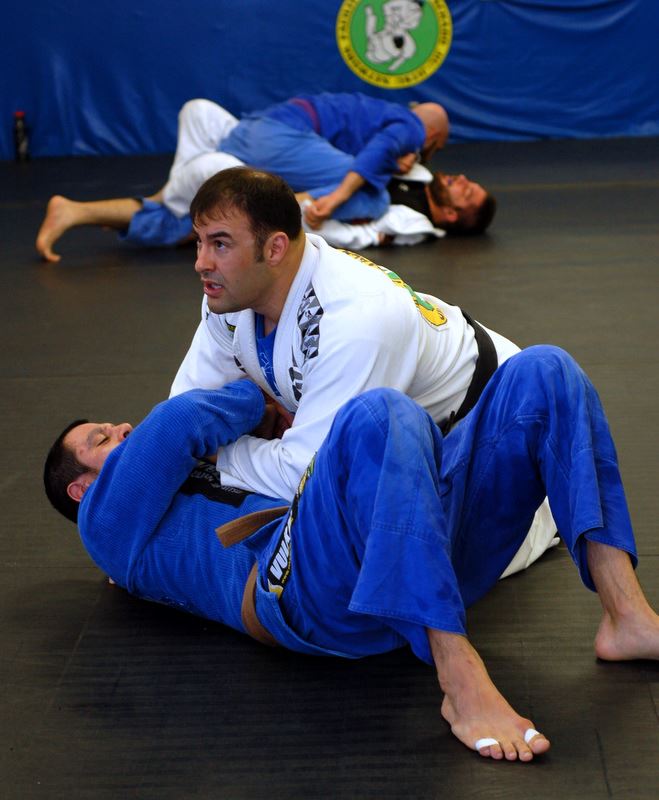 Leglocks are an intriguing part of grappling, and are used in MMA, BJJ, Sambo and No gi grappling tournaments.  I coined Leglocks as the Great Equalizer.  I wrote a book and it was published in 2005, aptly named Leglocks: The Great Equalizer!  The meaning of that title from my book was to suggest that in many positions, including bad positions, you can still obtain and finish with a leglock hold.  I first developed leglocks when I was a teenager.  I was a Pro wrestling fan, and would read every magazine at the convenience store.  One magazine had an interesting page each month about the old wrestlers, the ones back from the 1950’s.  There was a photo that intrigued me when I was about 14.  It showed an old pic of pro wrestler Edouard Carpentier vs. Killer Kowalski.  In he photo, Carpentier had placed Kowalski in a move Pro wrestling named ‘Reverse Indian deathlock’.  I literally kept trying to figure out the move.  Of course back then I thought pro wrestling was real, and some fans still do today.  I could not find that photo online, but here is a similar photo from this silver age match of Louis Martinez vs. Tony Paris:

I later saw pro wrestlers such as Rick Flair and later Buddy Landell who utilized the figure four leglock famous in Pro wrestling.  I saw a match once with Rick Flair.  The opponent rolled to his stomach and  reversed the figure four.  That got me started on counters.  Years later when I saw Ken Shamrock apply the heelhook in UFC 1, and later fighters use kneebars, it opened up my thinking process.  Jean Jacques Machado really opened my eyes up when I saw some footage in 1996 of him competing in Sambo tournaments.  He was executing kneebars and anklelocks at will.  I studied the video over and over.  Along with fundamental learning in leglocks, it also helped me with newer ideas.  There was an out of town student  from another state that was excited when he heard our format for this month was leglocks.  He stated that they never got to train them very much.  I feel that the development of leglocks is pro and con.  For example, go to youtube and you can find tons of leglock ‘expertise’.  I have  found some youtube clips that believe it or not, the people teaching attempting to show or I should say mimic techniques from a leglock videotape I did years ago.  Unfortunately the angles were not correct and the entire process of executing was incorrect, and technically flawed.  These, like guard passing, submission and escapes need to practice via drills, not view on a videotape and attempt to teach.  Exploring is another goal.  I taught a counter to a cross ankle lock this week, which derived from a counter technique I developed four years ago.  It was a much better adaptation, and this comes with trial and error, along with deductive logic when sparring or exploring ideas.  Leglocks are not easy.  The fundamental breakdown of the technique and review is essential to development and learning.  But it doesn’t start there.  Basic passing, defending, side control, escapes, mounts, etc. are all vital components of developing good submissions, including leglocks.  On a past youtube clip, I am sparring with one of my Purple belts.  If you skip to the third round, you can find that my setup was the footlock the entire time, although the distraction technique was work well.  Those are strategies when developing good submissions and especially good leglocks.  I have been drilling leglocks at my academy for the last two months.  The important tool for learning, is to warm up with ankle locks and kneebars, and then I show the leglock technique that day.  My brand new white belts to advanced students have developed a better sense of timing, pace and ability to setup the leglock.  This is the most valuable asset of development.  Pro wrestling developed leglocks such as the figure four, and others.  But where did Pro wrestling get the ideas from?  Let’s go back to Antonio Inoki.

One of the key figures in the history of Japanese Pro wrestling, Antonio Inoki is among the most respected men in sports-entertainment and a bona fide living legend in his homeland.

Born in Yokohama, Japan, in 1943, Inoki spent much of his youth in Brazil where he was a national star in the shot put and discus throw. It was here that the young athlete met Rikidozan — perhaps the most famous Japanese wrestler of all time. The legend, impressed by Antonio’s strength and athleticism, convinced Inoki to return to Tokyo to join his Japanese Wrestling Association.  Aha..so Inoki, well known for leglocks in Pro wrestling also learned in Brazil!  Inoki’s most famous bout took place on June 26, 1976 in Tokyo when he took on fighting legend Muhammad Ali in a rare wrestler vs. boxer match. By most accounts, the contest was uneventful — Inoki spent much of the bout on the ground kicking at Ali’s legs — but it paved the way for the advent of Mixed Martial Arts, which would explode in popularity decades later.  This may even be considered our first official MMA match televised. 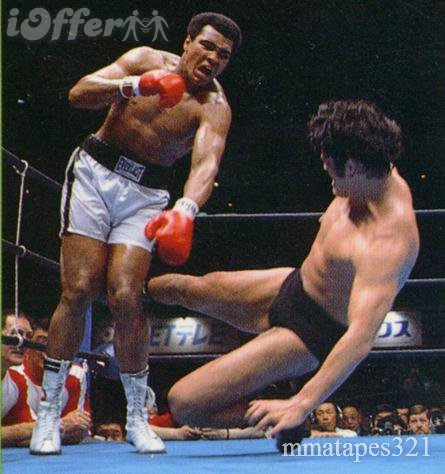 Inoki was very good at leglocks and understanding development. Although Pro wrestling is pre arranged, the techniques came from a source.  Inoki developed straight ankle locks and ‘Indian’ locks.

So at this point we know Pro wrestling developed leglocks, but as you can read in my book Leglocks: The Great Equalizer! (You can order elsewhere on this website) leglcocks come from the B.C. Olympic times.  But as we have shown the above history of modern times, we also show wrestling and Jiu-jitsu developed leglocks.  Gracie Jiu-jitsu Academy was formed in 1925 in Brazil.  Grandmaster Carlos Gracie learned from Japanese Jiu-jitsu master Esai Maeda.  Submission locks were before 1925, and I note even leglocks were developed back then.  Our leglocks are the same finishes from way back.  The only difference is the setups in submissions.  Here is a special treat.  These photos are from a book printed in 1923.  Here is a toehold from then: 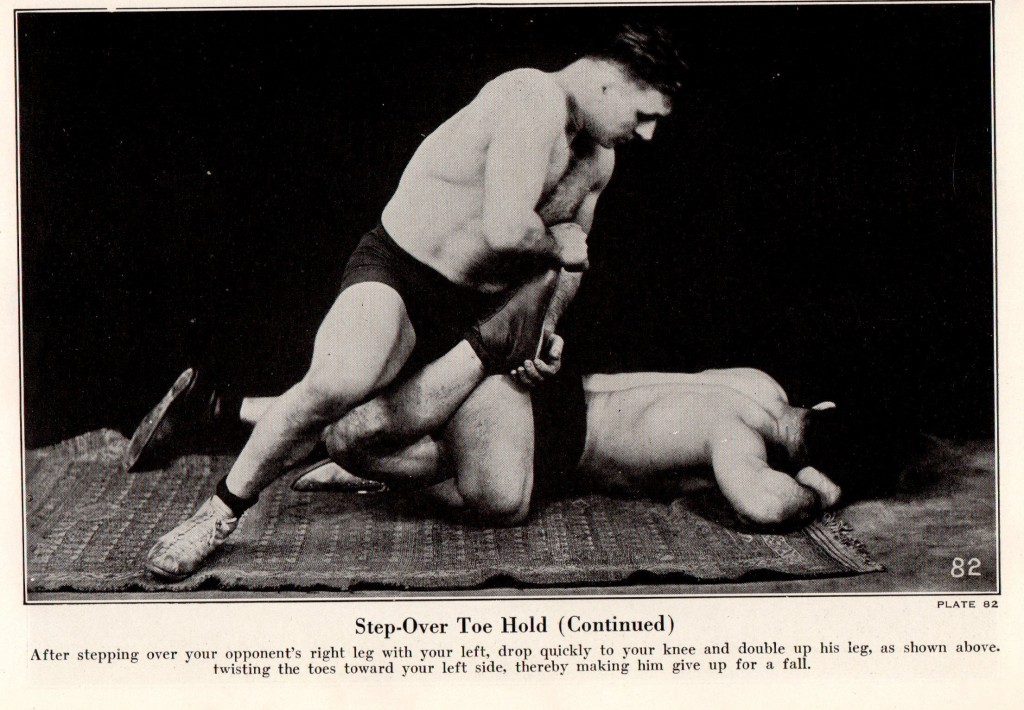 I enjoy research and history.  I bet Grandmasters Carlos and then Helio Gracie were working on leglocks too.  The above pic reminded me of a toehold I developed while sparring at a seminar.  As you can see below, almost 100 years later, the setup and angles are different today, but ultimately they are still the same application on the foot to execute the toehold. 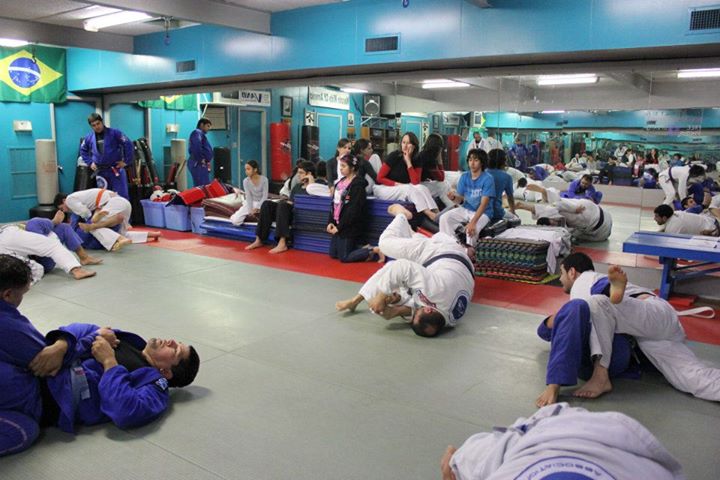 Work on your footlocks and leglocks.  Practice safely, and at times there may be a fellow student struggling to escape, and he may injure his foot or knee.  At times you can just let them go, it is actually the practice of obtaining the position, not so much the finish.